I’m looking for more information on how Ignition handles translations in Vision components and how bindings and properties are updated.

My initial observations are:

All of the above do not appear in the Translatable Terms panel for components.

I am evaluating whether Ignition localization will meet our needs for deploying to Europe and Latin America sites. There is a large dependency in existing projects on the above items that require translations to drive displays.

Are there any plans to support translation of the above items? Is there a list of which attributes, properties, and text attributes in Vision are available to the Translation Manager?

Please let us know if there’s anything else you find that you need for translation – this is an area we’re taking seriously, and it always helps to know what features are important to have.

Thanks for the response. Glad to hear titled borders and dataset headers were added. This covers the majority of our translations.

By chance is there a place on the forum related to translation packages? i.e. language packages for common automation and process control terms?

Another nice to have for the translation Manager would be an option to drive/store the translations in a database. I will make make a note of this on feature request. There’s pros and cons to a database dependency, but having this option would be a big plus since we a tight integration with Oracle databases.

I found that is also impossible to translate:

Vita, can you give a little more detail on what’s not translating? I’m unclear from your description. A couple of screenshots would be fabulous, if you can.

Hi,
I translate every line of alarm component in Translate manager, but there are few lines missing in alarm detail window: 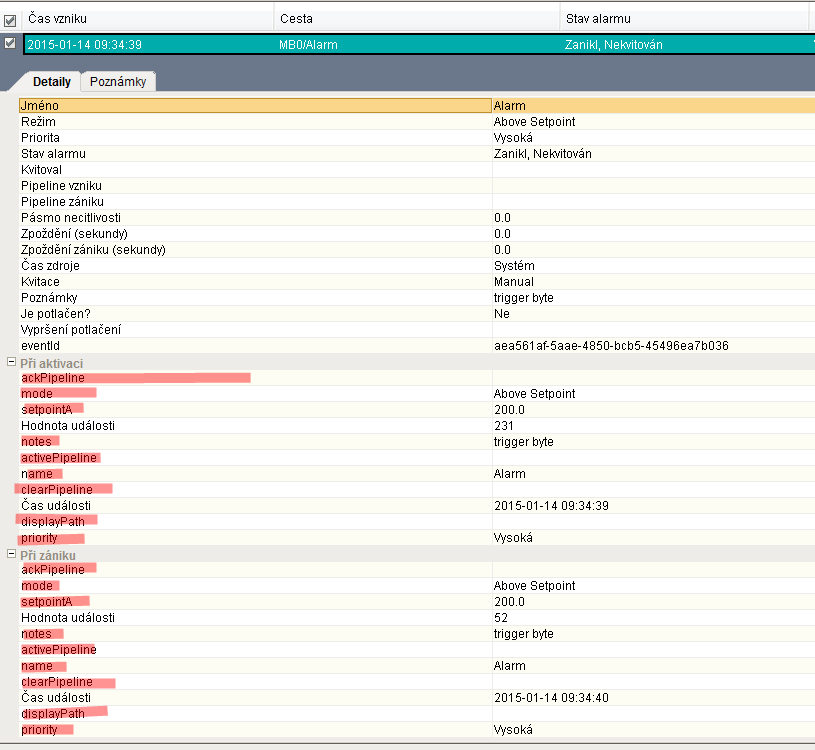 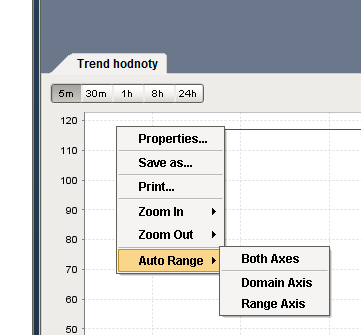 Last stuff what i found in AlarmStatus is Active duration of alarm. In translation manager i translate keys like “%,d minutes, %,d seconds” but Active duration is still in english.

Thanks, this is really helpful! I’ll make tickets to get these fixed.

Hi, I found 2 another untranslated strings in Comments panel (“delete” and “unstick”): 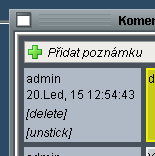 I have another question. Is there some way to translate standard dialogs (open, print save,…) and also project update notification and dialog?

IIRC the Print, Save As, etc dialogs come from Java, not from us. (I had already made a ticket to check that out.) Coming from Java causes a number of issues with translation, in part because Java doesn’t think the locale will ever change after Java is first installed and is not consistent with what it changes when the Java locale is changed.

We may wind up having to write our own dialogs for translation. The best way for you to make that happen is to submit it at ideas.inductiveautomation.com, and for everyone else here who is making use of translations to vote for that feature.

In the mean time, one thing I do on VMs that may also help you is to set up the OS in the language/locale that I want (in Windows, IIRC, there’s a couple of places you will need to do this. In Linux I just do a clean install and chose my language/locale during the install), wipe out all existing traces of Java and Java web start (as well as Iced Tea if you’re on Linux), and do a fresh install of Java. This gets as many dialogs and messages that come from the OS and Java into the right language and locale. It doesn’t help if you want to switch languages back and forth, but it does help with your primary language.

Just put 7.7.2 rc2 on and titled boarders still do not translate. Previous post had noted this was addressed in 7.7.2 rc1.

Wow, I’m surprised to hear this, since we tested the border translations pretty thoroughly. Which component did you have an issue with? I’ll be glad to take a look at it.

We are seeing it with the Container control when trying to do titled boarders.

I put a container in a window, set a titled border on it, and added the translation as a global term. (We didn’t add the borders to the component’s translation terms for various technical reasons.) I put a language selector on the window, and when I change languages, the title translates.

If you’re still having a problem with it, can you make a small project that illustrates the issue and post it here? (Just one window with one component is fine.) That way I can take a look at it and see what you’re doing that is different than what I did.

[edit]
Thanks much for the screen shot you posted while I was trying to replicate. Just add the term as a global translation (Tools > Translation Manager) and you should be fine.

All titled borders for all components should be in the global translations, not the component. (This could be changed, but it was technically easier to do it that way. ideas.inductiveautomation.com is a great place to suggest that feature if you need it.)

Some dialogs like the Print and Save As (coming in 7.7.4) are in the global translations, even though they are launched from a component like the Easy Chart. Again, this is for technical reasons, but these would be pretty hard to change, as the dialog is an entity completely separate from the component.

Some warnings are translatable but don’t show up in the component translations. (I can’t think of one off the top of my head, but it might be, for example, one where there is an undefined error in saving a file). This was a bit of a design decision – there might be 50 possible things that could go wrong but almost never do, and we didn’t want to overwhelm the component with that long list. The down side is you won’t know the text could be translated. Personally, I’d love to hear some ideas from users on how to handle this. One thought I had was similar to what we do for the properties panel – a basic and advanced view, where basic has the stuff you’d see all the time and advanced also has that warning you may not see in a client for 10 years.

Hi Kathy,
good to hear that you are planning add into translation component messages like warnings and so.
I think your idea about splitting texts into categories is good. I could imagine dropdown button on translation panel with checkboxes like ‘Component text’, ‘Standard messages’, ‘Error messages’,… And then user can choose what he translates.

Alright. I have another one translation issue. It concerns about project update on client side. I translated update dialog without problem by manually adding dialog text into translation manager. Thats no problem. But when I put in the same way text from yellow notification line text is not translated. It is exactly this one:

It is even possible to translate it?
I use version 7.7.3rc1. Thanks

Right now, the only way for you to translate it is to add a new properties file, which is not a simple process. I’ll make a ticket to get this fixed soon. Sorry for missing this one!

Could you please add the translation for the client message when switching from redundant gateway ?

I’ve added that ticket, too. Thanks!

Could you please add the translation for the “Loading…” message in template canvas and repeater ?