Hi,
Is there any way to do something like this in Perspective? 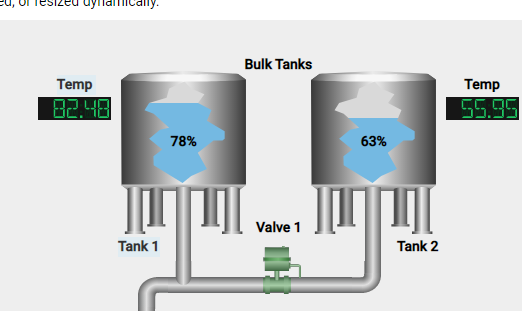 I can do this in Vision, but I can’t in Perspective.
Any ideas?

There’s one in the exchange: 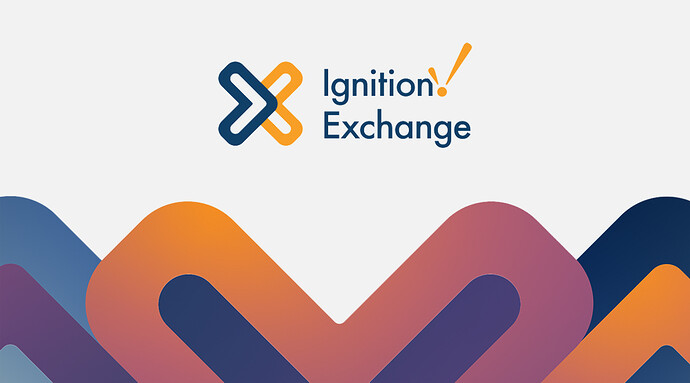 Hi Jordan,
Thanks for your help.

No, not natively (for now). Drawing tools similar to Vision are something we have planned for Perspective, along with something else that will likely replace a lot of things you’d want drawing tools for.

Just in case anybody is still interested. I just took different parts of the existing SVG tank symbol and overlayed them with a functioning cylindrical tank. Instead of one svg tank symbol I have basically 3 svg symbols (tank body, top, and bottom). Then just position them with the correct z-order to show a decent looking animated tank. [image] left is disassembled tank components, and right is the overlayed display.

You could probably do it much more elegantly with an svg image that has a ‘cutout’ filled with a gradient. Then you could just bind the gradient stop points to some value. If I have time I’ll try to throw something together as an example.

Thanks for your help.

Thanks for the idea,
I will try that.

I took a quick shot at it. It’s a lot of little steps but not overly complicated…

I put a tank on a perspective view from the symbol factory and copied the tank body path into an svg file. I opened the svg file in Inkscape. Within Inkscape I duplicated the path leaving with two black shapes that represent the body of the tank. On the front shape I recreated the metal looking gradient (copied values from perspective) so I ended up basically with a copy of the tank body. Then I cut a hole in the front shape (using Inkscape I drew a path and took the difference of the hole path and the tank body path). That left me with a hole in the ‘tank body’ to see the black shape behind it. Then I added a gradient to the back path to make it look like liquid. Then I saved the svg file (Recommendations for svg editor - #8 by dkylep), dropped it into the perspective.

I copied each element from my new tank body and pasted it into the elements of the existing tank.

The I bound the gradient positions to a slider value and added a text layer as well. Here’s a quick GIF and I uploaded the project as well.

I took a quick shot at it.